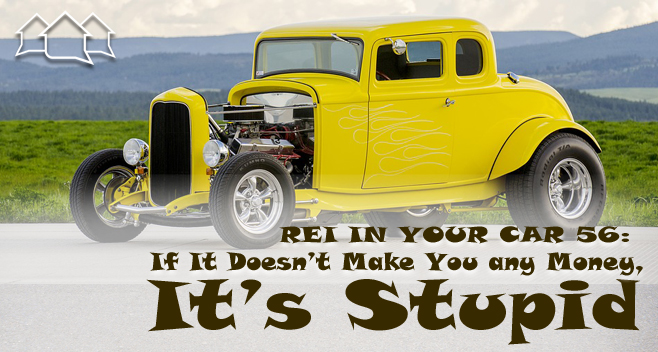 Don’t you love this title? Seems almost like a “Well, duh” statement, but it’s amazing how many investors chase after bad deals.

What would drive a person to chase after bad deals, you may ask? Because they’re desperate.

It’s a chain reaction. Not enough leads coming in, not enough offers being made, too few deals being closed on. Now the investor is desperate and buyers and sellers alike can smell the fear! The harder you chase, the harder they run. And many times – due to the desperation – the deals end up being bad deals.

It all comes down to the basics of marketing, having a ton of leads on hand and constantly making offers.

Yep! I cover all of these points in this episode. You don’t want to be a desperate investor chasing after deals that aren’t going to make you any money.