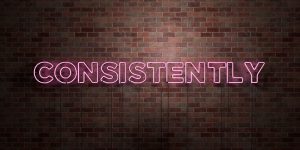 Would you like to learn how to do deals consistently? You can’t go broke making money.

Hey guys! I hope you’re doing well…
I wanted to tell you a little bit about the happenings on our end… We have been busy lately – working with clients closely over the last few months…
And the results have been EXCITING! Can’t wait to tell you.
And I am not saying this to brag (well sort of I am actually). But I am hoping that it will encourage you to start taking massive action.
Our clients are doing deals!!! You understand that?! 😉
What are you doing right now? Are you doing deals?
A wise man once told me, “You can’t go broke making money.”
Well ain’t that the truth?
So… this is what’s been going on. We have taken on about 12 clients in the last 3 months, and we have worked closely with them – creating a marketing plan, setting up their systems, implementing their marketing, helping them find a virtual assistant, training them, etc, etc…
We basically gave them our blueprint & implemented it with them / for them.
We’ve copied the same thing we’re doing right now in AL, MS, and MO (where we’re doing between 5-10 deals a month).
Well – our clients’ results have been amazing…. very, very encouraging. Staggering actually!!
Of the 12 clients, 8 have already gotten deals under contract and/or already closed deals.
The biggest complaint we get from the other 4 clients… wait for it… is that they’re getting overwhelmed with too many leads.
Wouldn’t you agree – that’s a good problem to have?! LOL
Listen, we’re all about results…
That’s why we’re in this thing called “business”. When I left my job 9 years ago, I was done with being a “professional student”. I was sick and tired of going broke, making no money, spending more money on education than I was making on deals. Know what I mean, Gene?
Wouldn’t you agree – you’ve had enough education. You know what you need to do. You just need to go out there, start taking massive action… and do it!
Take Janice and Russell… They’re living in California, doing deals virtually in the Midwest. We started their marketing at the end of August and within 2 months they have 7 properties in closing and 4 more under contact.
They have never done a deal before…
Take Jeff in Michigan. He got his first deal after 3 days of marketing. He had 5 contracts in the first 4 weeks. He now has a dispositions manger moving his deals so he can focus on talking to sellers and getting more contracts.
Here’s what he said a few weeks ago… “I got my first signed contract today. Good potential on this one to make $15k wholesale fee. Thanks Gavin and Joe. Never been able to do this before. I started marketing on Monday, and get a deal 3 days later without leaving my house. PJ day everyday!”
How about Rachel… She got her first contract within 10 days of hanging out with me and Gavin, and my team in St Louis. She is a massive action taker. She doesn’t need all the answers to everything. And now she’s currently working on 2 other contracts.
Take Jotham… He’s a full-time Realtor (God bless Realtors – I don’t know why they do what they do – but whatever… that’s another story). He has never done any kind of investing before.
So we done got him a Virtual Assistant and implemented our simple cold calling campaigns. It was a little “slow” going at first… but he got a contract in the first 6 weeks!
Then there’s Raymond, who just did his first deal in Reno NV. He’s got it under contract for $450k and he’s selling it for a $10k assignment fee.
(Trust me… we are not making this up… these are clients just from the last few months…)
Then… there’s Melissa… Oh Melissa… One of my favorite clients ever…
She joined our program in October 2017. Since then, she has grossed over $300k in her first year. She’s done over 40 deals.
Yes… you read that right. I am so stinkin’ proud of her!
She ain’t goin’ broke makin’ money, now is she?
So bottom line… I could go on and on… But I want to be talking about YOU like this!
I have been doing this business a long time. But I have never seen results like this – so quickly. It’s really humbling.
We have story after story like this from our clients…
If you would like to talk to me or Gavin about how you can possibly work with us as well, go to this link right now and tell us a little bit about yourself…
https://podio.com/webforms/20991665/1448093
We take this business really seriously. We only work with a few people. We don’t mess around.
If you’re serious & ready to start doing deals, let’s talk.
Talk soon!