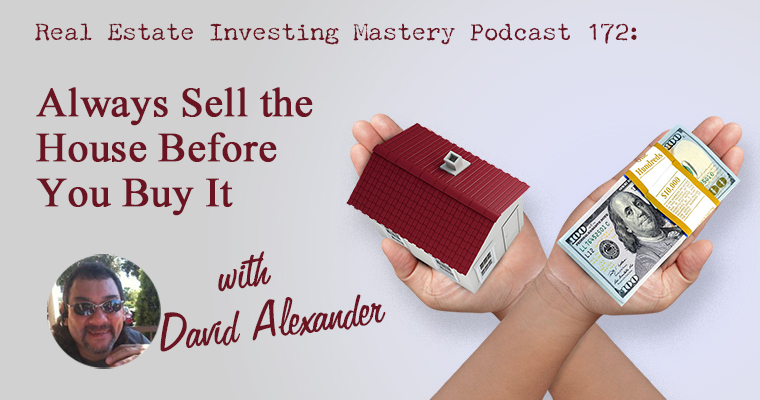 David Alexander, our guest for this episode, hails from the Dallas, TX, area – and except when partnering with other investors, he does most of his deals in and around Dallas. David has been a real estate investor since 1997, which means he’s pretty much experienced all the market ups and downs you could ever imagine.

David is best known as the owner of BanditSigns.com, a company he’s owned off and on since 2000. He’s a huge proponent of marketing with bandit signs for his own business and regularly puts out about 100 per week. That has been his practice almost since the beginning of his investing career.

In his early years, David admits he was guilty of something many beginners do: chasing deals. Then he learned to focus on what brings in the income. He learned to invest in marketing first. (Not wasting time doing the free stuff.)

In this episode, you’re going to learn about a number of creative financing practices that probably never even occurred to you before. David has developed strategies to keep his money building up into ongoing passive income. One of these is what he calls “sub-3,” which is a step beyond “sub-2” deals.

Another key strategy that has contributed to David’s success is that he never buys a property until he has buyers ready to buy it. In other words: “Never buy before you sell.”

This information-packed interview is one you don’t want to miss.