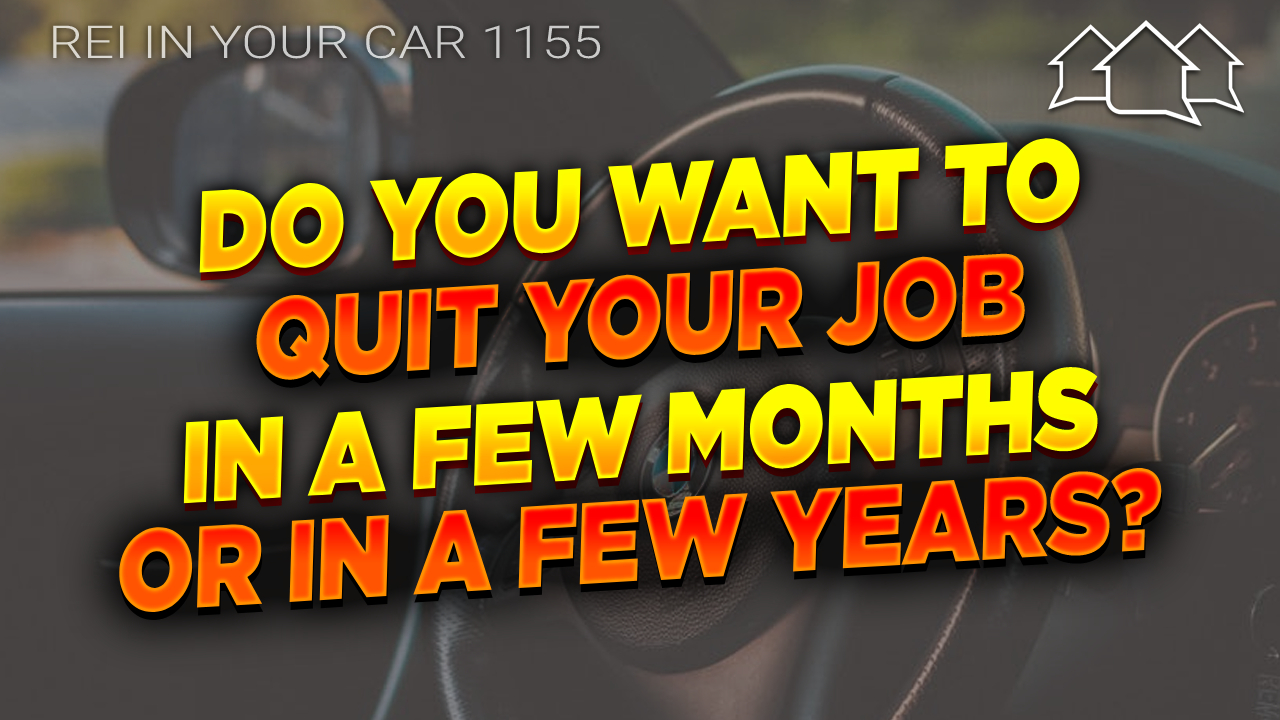 When you want to quit your job, whether it’s in a few months or a few years, you have to spend some time preparing. But you also have to start taking massive action. It’s easy to get stuck in the rut of spending a ton of money on coaching and courses, but never put anything into practice. If you want to succeed in this business, you have to be willing to make mistakes so you can learn from them. The people that do the best are the ones who pick themselves up and keep trying.

Even though vacant land deals can be fairly easy to do, you’ll still need to spend time building up a portfolio that’s going to take the place of your job’s income. If you want to quit your job in a few months, the best way to do it is through wholesaling. It’s possible to get that passive income rolling in so you can spend your mornings golfing instead of sitting in an office. But you’re going to have to put in some hard work, consistency, and dedication to make it happen.

Mentioned in this Episode:

Hey. Top of the morning. Joe McCall here. REI in your car. This is the Real Estate Investing Mastery podcast, and these are little episodes that I record usually as I’m driving to and from golf, because that’s what I’ve been doing a lot of lately, and I’m on my way now to go play golf. But on today’s episode I wanted to talk about. When you want to quit your job, you want to quit your job in a few months or a few years. Some of you are like, Yeah, man, you know, I like my job. I just want to quit in a few years. I’m just trying to build up my passive income and that’s cool. That’s totally awesome. I get it. Most people are. I want to quit my job in a few months, so let me address kind of both of y’all.

Oh, man, that’s going to be a good day to day for golf. I’m running a few minutes late, so I’m better hurry up and hustle. So if you want to quit your job in a few months, learn wholesaling. It’s one of it’s is the most important skill in this business, learning how to find deals. All right. If you want more information about my land class, go to simple land class dot com. Check out. I’ll teach you how to do land deals from start to finish. Simple land class dot com. Go check it out. We’ll see you guys later today.