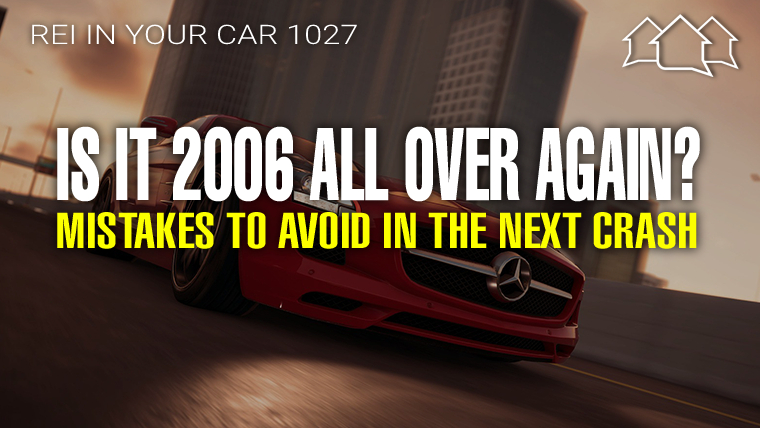 We all remember what real estate was like in 2006 (and, subsequently, the years that followed). Today I talk about how 2021 is a parallel to 2006, how we can take advantage of it, and how to prepare ourselves for a potential downturn.

Between 2003 and 2006, real estate investors, and even people who were not familiar with real estate, we’re able to buy properties and turn around and sell them quickly for a large profit. Basically, they were selling on speculation. We are seeing the same trends right now, in 2021. I’m sure we all remember the crash in 2008, and most of us were probably affected by it.

The truth is, we may have a few more years of this kind of appreciation and speculation, BUT we’ve got to be careful. And we can be; the real estate market isn’t like the stock market, things don’t change on a dime, and you can usually see the trends three to six months out.

What should you watch for? If someone who doesn’t know a thing about real estate is able to go in, buy a property, and sell it quickly for a hefty profit, that’s a sign. That’s not real estate investing; that’s luck and speculation. That’s a trend that can’t last forever. Watch the market.

You should know three to six months out when the market is going to slow down, and that’s when you get out.

Stick to your investing fundamentals:

The market is on fire right now, and you should be taking advantage of it. But take advantage of it carefully and use discernment. Don’t overextend yourself or your resources and be a student of the market; you’ll see the slowdown coming.